The reality is, each year in Britain, we spend around £503m on cards, flowers, chocolates and other gifts for Valentine’s Day. Traditionally these were sent anonymously, but nowadays we often make it clear who is sending each ‘Valentine’. (After all you’re not going to spend a bomb on expensive gifts and let someone else get the credit for it!)

Traditionally, St Valentine’s Day (February 14th), is the day on which many birds choose their mates. So really, we’re doing no more than copying our feathered friends. Except we spend, on average, about 100 quid more than them. (And we’re supposedly the “intelligent species”).

There are many other traditions and superstitions associated with romantic activities on Valentine’s day including:

I used to get so excited on Valentine’s day when I was younger. Though it was a bit like torture too, waiting all day to see if you got a card or not. And then finding out that the anonymous Valentine left discreetly by the front door was actually from mum and dad, quite frankly Valentine’s day was always a bloody let down!

Now a days I’d be quite content with just a lie in.

What about UNROMANTIC things on Valentine’s day?

Whilst we’re on the topic, I have to admit I’ve done a couple of very UNROMANTIC things on Valentine’s day. I never sent a Valentine’s to the one person I most wanted to send one to. He was the typical guy at high school that all my mates and I had a crush on, and I prided myself that I was different because I was the only one NOT to send him a Valentine’s card. Not that this attitude helped me very much of course, rather the opposite in fact.

The other thing I once did, and I wince to admit it, was that I dumped a boyfriend the very day after Valentine’s after he’d sent me a beautiful bouquet of 12 red roses and about ten Valentine’s cards. I got so freaked out by the attention he lavished on me, I did what I do best. I literally ran a mile. (I’m a former Loughborough University Student after all, and I have a national standard time for the 3km, so believe me, I know all there is to know about running).

But I make up for it now by writing romance novels. So I think I can be forgiven, surely?!

Come and participate in a Valentine’s online party

Like I’ve said Valentine’s day is just around the corner and I would like to cordially invite you all to attend the #ChickLitLove Hop, which will be celebrating both Galentine’s and Valentine’s Day. (For those new to the Galentine’s concept, it’s an increasingly popular event. It’s a day for women to celebrate their female friendships). On this Chicklit hop, there will be multiple chances to win an International SpaFinder gift card on both days of the hop. I’ll also be sharing a Valentine based on my short story SIMPLY ANNA and will be offering a fab giveaway prize.
So, be sure to join the Event Page by clicking below and join 50 chick lit and romance comedy authors in celebrating friendship and romance and the chance to wine multiple prizes, freebies and entries to win the grand SpaFinder girt card and all from the comfort of your own sitting room!
My post and giveaway will be on the 14th! So look out for it! 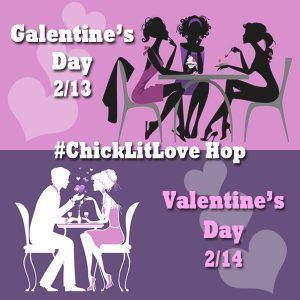 The Legend of St. Valentine.

Finally, for those with more cultural interest behind this crazy card giving day, there is a Legend of St. Valentine:

The history of Valentine’s Day–and the story of its patron saint–is shrouded in mystery. We do know that February has long been celebrated as a month of romance, and that St. Valentine’s Day, as we know it today, contains vestiges of both Christian and ancient Roman tradition. But who was Saint Valentine, and how did he become associated with this ancient rite?

The Catholic Church recognizes at least three different saints named Valentine or Valentinus, all of whom were martyred. One legend contends that Valentine was a priest who served during the third century in Rome. When Emperor Claudius II decided that single men made better soldiers than those with wives and families, he outlawed marriage for young men. Valentine, realizing the injustice of the decree, defied Claudius and continued to perform marriages for young lovers in secret. When Valentine’s actions were discovered, Claudius ordered that he be put to death.

Other stories suggest that Valentine may have been killed for attempting to help Christians escape harsh Roman prisons, where they were often beaten and tortured. According to one legend, an imprisoned Valentine actually sent the first “Valentine” greeting himself after he fell in love with a young girl–possibly his jailer’s daughter–who visited him during his confinement. Before his death, it is alleged that he wrote her a letter signed “From your Valentine,” an expression that is still in use today. Although the truth behind the Valentine legends is murky, the stories all emphasize his appeal as a sympathetic, heroic and–most importantly–romantic figure. By the Middle Ages, perhaps thanks to this reputation, Valentine would become one of the most popular saints in England and France.

And, I may as well admit, Valentine’s day is one of my favourite days in the year too. There will always be a Valentine in my heart…(but shh, don’t tell anyone!) 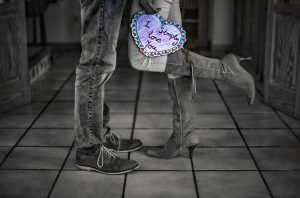 Q & A with Author Sue Barnard. A day in the life of a part-time writer.