As with filming, when you write a novel, there can be takes, re-takes and, of course, those rather embarrassing bloopers!

Here are four faux pas I had during the creative stage of “Valentina.” (Book II of the Chantelle Rose Series). 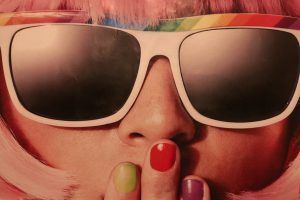 1. Firstly, the original name was: “The flowering of Chantelle Rose.” The whole MS was written under this name. But then I started working on the cover art, the original title just didn’t fit the image, literally…something I’m actually grateful for as  I much prefer Valentina.

2. I seem to have a thing for names which start with “R” “S” and “G” so I named all my main characters and secondary characters with names that start with those letters. Which is a huge error as it makes it very confusing for the reader to keep track of who is who. So when my lovely editor suggested I re-name the characters, I agreed. But now I confuse myself. I mean “Who the hell is Flavia and Milena?” (Originally Sophia and Salma and I already have a Sally, Santiago and a Sav).

3. I made a HUGE plot error in this novel. It was so huge I realised I would have to scrap the entire story and start again. (When I became aware of this boo-boo I had written over 50 thousand words!) Basically I had set the story in the wrong country…I know, how is that even possible!? After leaving the manuscript for about a week, too stressed to write and too devastated to scrap it and start again, I realised that I could actually use the error to my advantage by adding in an additional twist. Thank goodness for plot twists and creativity! 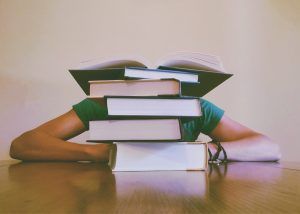 4. Whilst creating Valentina, I could only dedicate about an hour a day to actual writing, the day job and my kids taking up the rest of my time. Which meant I would mentally think about plot development for a greater part of the remaining waking (and sleeping) hours. Thankfully I learnt early on that if I didn’t somehow record or jot down the ideas that came to me straight away, there wasn’t a hope in hell I’d remember them the following morning. In effect, Valentina took me a year and over two thousand post stick notes to write. I would keep the post sticks safely in my purse. More than once I received odd looks when trying to pay my groceries with a yellow note, my messy writing scrawled all over the paper didn’t help either.

Valentina will be published on the one year anniversary of “A little of Chantelle Rose.” May the 4th be with you…

And this is how the story begins:

The sun was setting leaving a golden hue all around, like fairy dust colouring a magical twilight. It would be autumn soon, and the leaves would fall russet and gold onto the ground below. Crisp autumn leaves that would twirl in the wind as they gently fall, to lie motionless on the floor until the wind blew and took them again. Mother Nature would whisper and do with them as she pleased.

He stood there, looking for one last time at the swirling water in front of him, then closed his eyes and sighed deeply. He could hear the water softly splashing as it followed its own path, the wind rustling the leaves and the evening song of a wood-lark nearby. Everything has a calling, everything has a moment, but he was lost. Lost to the enchantment, to the magic of nightfall, lost to her.

He turned to go, and with a heavy heart made his way back home. He walked this time, blind to the setting sun and the cool breeze that now caressed his whole being, gently blowing back his hair, like a lover tenderly caressing his handsome face as he moved along.

It was over. Downhearted he continued his way home.

Home? Could he call it a home when there was nothing to keep him there? Could there be a home without a heart?
He stepped through the front door. His mother was waiting for him, and stood quickly on seeing him enter. She wrung her hands together nervously then wiped them down the front of her dress in a habitual gesture of anxiety, stalling for time as she looked at him. He knew he had changed these last few months; the alteration wasn’t physical, it wasn’t even clearly emotional, it went deeper than that. Without a word his mother disappeared into the kitchen and returned with a dust-covered box, a little larger than a shoebox, and handed it over.

There was no need for words; he guessed what was inside. He nodded and tried to smile. It was time, he realised. Time to find his way, his identity.

First thing the following morning, before anyone stirred, he departed… 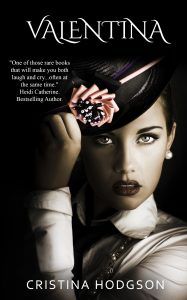 How to cope with Seven Months of Rain in Southern Spain…(Beginners Survival Guide). Chatting with Katy Johnson, bestselling author of “The Silence.”