Are you looking for a tall, dark stranger?

If the answer is Yes! Congratulations! You’ve come to the right place. Well, except for the “tall” bit. Unless you’re lucky enough to be dating Pau Gasol (A Spanish International Basket Ball player who measures in at 6 ft 10in) there’s a good chance you’ll tower over most Spanish men. But this is good news! It means you can get away with wearing flip-flops all day long and still feel tall. Your feet and calf muscles will be grateful to you too for saving them the torture of wearing three-inch stilettos. And the best thing is, even if you do tower over your Spanish date, (flip-flops or not) they are not men intimidated by height. So really, it’s good news all around!

And of course you’re still left with “the dark stranger,” with sultry, smouldering dark eyes. One look into his deep, penetrating gaze and you’re a gonna. Eyes black rimmed around the iris, with a reddish orange hue surrounding the pupils, flecked with gold and lighter brown rays, will reach deep into your soul. Are you ready? 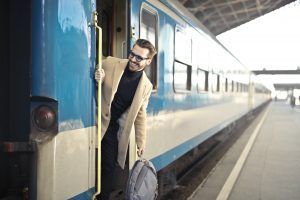 Before you get carried away with images of Juan Garcia Postigo wining and dining you (if you don’t know who this absolutely lush Spanish actor and model is, go Google him NOW!! and while you’re at it, you may as well check out Marc Clotet, Miguel Ángel Silvestre Rambla and Miguel Iglesias to name but three more Spanish heart-throbs, to give you an idea of what you may stumble across in these hot! arid, terrains) let’s go over some basic clobber you should know about the typical Spanish man.

1. He has no concept of the word “Vegetarian.”

He’ll be like, “But you eat Jamon don’t you?” Jamon is cured Spanish ham, a source of great pride among Spaniards, ingrained in the customs and traditions of all Spanish regions. Since antiquity Spanish have produced dry-cured hams. The first written references date back to the Roman Empire. How can you not eat Jamon?! Don’t even try to convince him you don’t like it. He won’t buy it. You’re better off just saying you’re allergic to the stuff. You’ll get an odd look, but then the topic will be dropped, at least until the next time you go out for tapas when he’ll try to convince you to try it again.

2. You’ll think he’s an alcoholic after the first date.

He’ll drink, any time, day or night! But let me clear this concept. He’s not a drunk really (and certainly not a larger lout), it’s just that alcohol (particularly wine) is part of their culture. Also, Spain is famous for having some of the best wine in the world which perhaps explains why there are so many bars everywhere. In fact studies (Coca-cola 2013) have shown that there is one bar for every 132 inhabitants. In other words, there are about 350,000 bars to choose from. So if all goes tits-up after your first date with a Spaniard, not to worry, you’ll have plenty of places to drown your sorrows in and most probably get chatted up by another hot Latino anyway. So it’s a win-win situation, really.

Let me prep you for what to expect when you get introduced to someone in Spain. 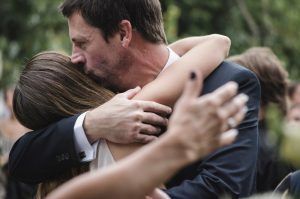 He’ll lean forward to kiss you, (I know! He’s a complete stranger! And it’s not even a date yet! Try not to panic and stiffen up) so despite your reflexes making you quickly step back, you won’t be quick enough. His arm will go around your back and hold you; one quick kiss will be planted on your right cheek and then another on your left, this will be combined with a long hug, a pat on your back and to finish with a quick, complete, body scan (just like if you were going through customs again). This ritual will be repeated again! when you say goodbye at the end of the evening. And it will be the same for everyone. Guys to girls. Guys to guys. Girls to girls. Young, old, everyone joins in. So if you’re a bit particular regarding your personal space, let me tell you now, by day two of group hugs and kisses, any peculiarities will have gone with the wind! and tomorrow is another day…

At least that’s what he’ll boast. Though don’t expect him to rustle up roast lamb with Yorkshire pudding and apple crumble. It’s just too hot to eat those type of foods, anyway. But he will impress you with a paella for thirty or a 10 kg Spanish potato omelette. This second dish may sound a simple receipt, but just try flipping a 10 kg omelette in your saucepan and see what could happen to your wrist! And be warned. build up an appetite before you sit down for the meal he has painstakingly prepared. He will be totally offended if you don’t eat absolutely everything! A trait passed from grandmother to grandchild and is integrated into his blueprint.

There are actually 171 Michelin starred restaurants in Spain, of which 8 have the highest rating possible, proving that grandma’s cooking has been taught well. 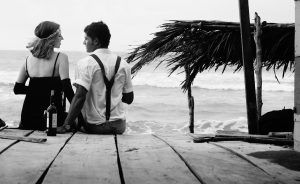 The meal will end with a strong coffee, it doesn’t matter what time it is. So of course your Spanish date will not be ready to hit the sack until the early hours of the morning… Time to get your dancing shoes on…

And if he hasn’t, he’ll give it his best shot! Just don’t expect any Justin Timberlake or Michael Jackson moves. The closest you’ll get will be someone trying to imitate Joaquin Cortés (A famous Spanish flamenco dancer, native from Cordoba, Spain). Your date will have no sense of shame and will be up on hearing the first “Sevillana” and dragging you with him to the middle of the dance floor. Where you will feel incredible embarrassed for the both of you. Not to worry, Sevillanas are a type of folk music and dance. They are danced by couples of all ages and sexes during celebrations (fiestas or ferias), often by whole families and towns. Which means that there is a good chance everyone around you is too pissed to notice your awkward moves. Just stick your arms up above your head in a sort of karate kid pose and twirl around. You’ll get the hang of it after a glass or two of vino.

Just be warned, if your date really does love Flamenco (guitar, song or dance) and I mean really loves it you may find after a month of listening to Flamenco around the clock you’ll be at your wits end and you will insist that it’s either Flamenco or you. Of course if it gets to that, I may as well be honest and tell you now, you haven’t a hope in hell that he’ll choose you over his musical passion! You’ve been forewarned! 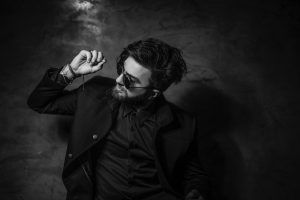 He doesn’t think you’re hard of hearing really, but it will be the impression you’ll get. He will try to make up for his lack of the English language by speaking slowly and turning his timbre up a notch or two. Something he will do in every social event or place. You’ll find yourself sitting in public transport and you’ll be hushing at him to speak quieter, but there is no need. Just pause for a moment and listen, everyone around you is chattering away in loud tones, the odd one out is in fact you.

Which is great! You get to doll-up without rushing. But not only will his punctuality be lacking for your date, it seems his body-clock, as like most Spaniards, is run on a different time-zone. Lunch will be late, dinner will be even later and when most Europeans have been asleep for two hours, most Spaniards will be still be glued to the TV more often than not watching football. If you can’t stand football, I advise you now, that the first thing you need to clarify when you meet him, even before you ask him his name, is whether he likes football. If his answer is “Yes” don’t even sit down. Just slowly turn around, pretend that you are in fact deaf, and go back the way you came.

If he presents you to his family (which, more often than not, comprises of about two hundred distant cousins, fifty first cousins, countless aunts and uncles, grandparents, a handful of brothers and sisters and of course his parents) it means that this is on! He is serious and everyone will expect you to be wedded and pregnant before the year is up! Congratulations! You have just joined the European Union again! 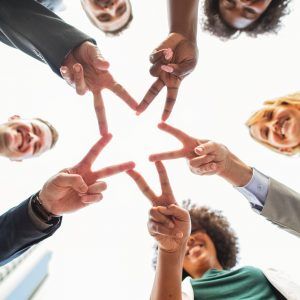 This post has inspired my Bestselling novel “An Expat’s Guide to Falling in love.” On sale now!

Leave a Reply to Cristina Close