What drives people to run a half marathon?

When you’re mad enough to run a half marathon…

Tomorrow I will participate in the 33rd edition of the Cordoba half marathon. Crazy I know, who actually pays money to go through pain?? Well, tomorrow alone, a mere 8300 people. Thousands will form behind the start line ready to run their own story. What on earth drives people to voluntarily wake up at the crack of dawn on a Sunday morning, get into some sparse and flimsy racing gear (though it will be freezing cold) travel into the city centre, where of course it will be impossible to park. Head to the racing area, in a semi- trance as if hypnotised and hand all their most precious personal belongings (phone, purse, house keys and car keys) to a complete stranger who promises to store it carefully in an improvised locker room? Because honestly it sounds more than a little crazy to me and yet, despite knowing how loopy this sounds, I’ll find myself doing it in less than 24 hours. 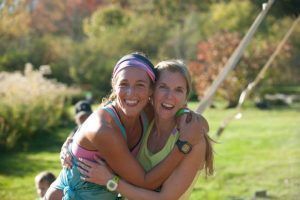 Not only will I quite happily hand over my latest model on the market smart phone to a person I’ve never met before in my life, I will actually find myself talking to complete strangers too as if they are my life long buddies. We’ll share racing stories as proud as if they were war stories and compare injuries as if they were battle wounds. We’ll even end up talking about our loved ones as if we’re in a foreign land, miles from home…

END_OF_DOCUMENT_TOKEN_TO_BE_REPLACED

Tips to get fit…

So you want to get fit? 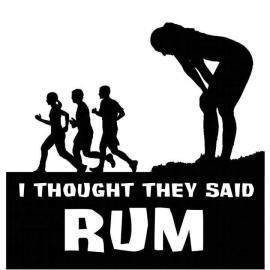 The mistake a lot of people make when deciding it’s time to get into shape is to go out and do an hour long run on the very first day, or do an intensive spin class at the gym. Of course you give your body the shock of its life. It then sends out all these negative signals to make sure that it never occurs to you to try it again and in a way it’s right, because a sudden, intense exercise regime could do serious damage to your heart and other organs. The following day, after your mad attempt to get fit in one hour, you can hardly move because you’re feeling muscles in parts of your body that you never knew existed. And you wonder how on earth people can make out that doing exercise is healthy? Because your back has never felt worse. 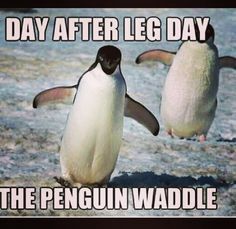 Don’t expect to get fit in a week or even a month. For you and your body to begin to see changes you need at least a period of about 6-8 weeks, ideally doing about 3-4 exercise sessions a week. But the reality is that the majority of us have full time jobs, kids, cooking, washing, cleaning and if you’re lucky some sort of social life. So how on earth are you going to find the time to exercise too? Especially when the last time you tried you took forever to get to work the following day because those hidden muscles were screaming out in agony. You had to learn how to go down the stairs sideways to avoid cramping up in pain, and of course you couldn’t run for the bus. But worse still, when you did finally arrive at the office, ten minutes late because you obviously missed the bus, you pathetically limped in in such an odd manner that it looked like you’d just attempted cowboy rodeo riding. It’s either that or you’d given the Kama Sutra a go the night before and all your work colleagues weren’t sure whether to congratulate you or not.

END_OF_DOCUMENT_TOKEN_TO_BE_REPLACED

Run vs Breakfast in Bed

It was a bank holiday here in Spain last Thursday, a perfect day for a lie in. But instead of sleeping in, for some mad reason I convinced myself that participating in a 5km road race was in fact what I wanted and needed!! I don’t know how I reached this conclusion at 6 am. It was obviously some sort of daybreak trick. A trick I fell for and so by mid- morning, much to my confusion, I found myself at the start line of the race. And not just in the midst of the race line-up, with your local Bob plodder, but right at the very front, surrounded by all these elite runners.

Two things crossed my mind as, in a panic I waited for the start gun to go off. If I have ever fantasied about being surrounded by a whole load of athletic, half naked men, this is not how I had envisioned it. I was surrounded by a handful of elite female runners and a whole mob of guys. In the reality of this odd fantasy, there is no whiff of Hugo Boss or Giorgio Armani cologne, rather smelly armpits and other, not so pleasant, body odours mixed with an overpowering smell of Reflex, a far cry from any erotic fantasy I could have possibly envisioned.

But what concerned me more, on finding myself right up at the front of the start line, is that though 5km may seem quite a distance for some, believe me, a 5 km road race, even for the most amateur runner, is a frantic sprint. The leaders will head the race at a pace of about 22 km per hour (14 mph). Slow for a car, but try and get your legs to go that fast! And I had a good chance of getting stampeded on in the first 100m. 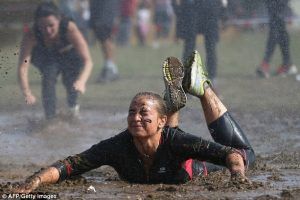 At this point, my internal battle of “What the hell are you doing here?” Because I enjoy it “You’re too old for this” No I’m not  “You could be having breakfast in bed!” But I don’t want to... “Seriously?”… takes wing. My mental conflict of why this could or could not be a good idea went on and on, only to be suddenly broken by the race commentator who’d recognised me amongst the mob of people and blasted my name out over the loud speakers. Startled, I found myself turning to the spectators to give a little wave and I hoped to God I don’t trip up and make a fool of myself in front of everyone, because then, those who don’t know who I am (the vast majority may I add) will now know and remember me for all the wrong reasons. Of course my heart beat went up a notch from the stress of it all and the race hadn’t even started yet! Perhaps breakfast in bed would have been the better option.

END_OF_DOCUMENT_TOKEN_TO_BE_REPLACED

My New Year begins in September…

My New Year’s resolutions are made in September….

Everyone tends to make their New Year’s resolutions on the 1st January. It’s the day when you make all those soppy promises to make the year the best possible ever…when you decide you’ll join the gym, quit smoking, get back into those jeans that have been sitting at the back of your wardrobe for the last ten years, three sizes too small for you now…turn Vegan (at least for a week) and hey, though you haven’t done regular exercise since you left school, you decide that this is the year you’ll run a marathon.

END_OF_DOCUMENT_TOKEN_TO_BE_REPLACED

The importance of having Little Big Dreams…

Some people, especially those who have met me recently, perhaps only associate me with writing, as my debut novel A little of Chantelle Rose a romantic comedy / cosy mystery has just been published. However my lifelong passion has always been sport. I played competitive tennis up until the age of fifteen, when I then switched to middle distance running after being scouted out by an athletics coach at a Surrey Schools Athletics championships. I had a long career in sport, reaching national and international level and still actively participates in Triathlon races and enjoy outdoor activities. I won a sports scholarship to Boston College. After a period in Boston, I returned to the UK and graduated from Loughborough University with a degree in PE and Sports Science. So why am I telling you about this now?

END_OF_DOCUMENT_TOKEN_TO_BE_REPLACED

The reality is, each year in Britain, we spend around £503m on cards, flowers, chocolates and other gifts for Valentine’s Day. Traditionally these were sent anonymously, but nowadays we often make it clear who is sending each ‘Valentine’. (After all you’re not going to spend a bomb on expensive gifts and let someone else get the credit for it!) END_OF_DOCUMENT_TOKEN_TO_BE_REPLACED